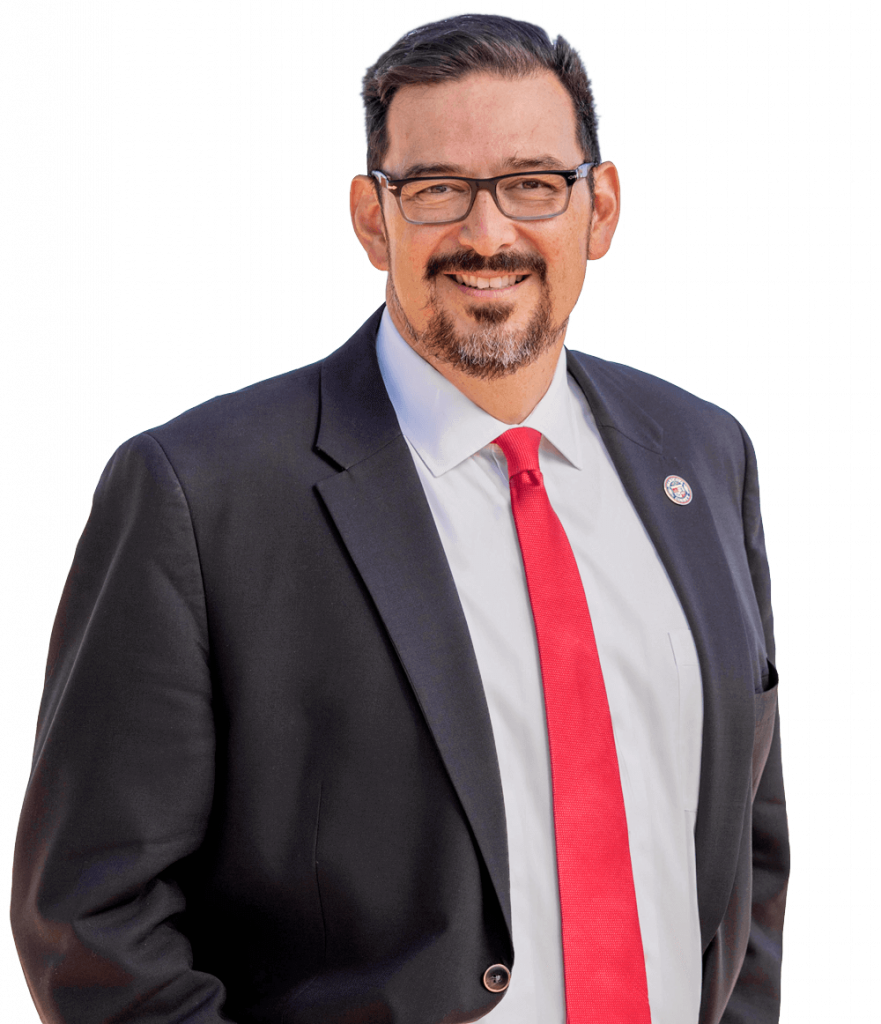 Adrian Fontes is a proud Arizona native, an honorable veteran of the United States Marine Corps, and the father of three daughters, who has spent a lifetime fighting for justice and defending our Democracy. Adrian served on active duty from 1992 to 1996, and was nominated for a meritorious commission. His service to our country taught him the importance of dedication, discipline, and sacrifice to forcefully fight for the American dream. After graduating from law school, Adrian spent his career advocating for justice and fighting for those who are disadvantaged — first as a prosecutor with the Denver District Attorney and then at the Maricopa County Attorney’s office. He later led the International Prosecution Unit at the Arizona Attorney General’s Office. He practiced law for 15 years before running for office in 2016 when he was elected Maricopa County Recorder. As Recorder, Adrian revolutionized the election system by ensuring that every eligible Arizonan had the access they needed to vote. Adrian enhanced ballot tracking technology and increased process transparency, winning recognition and awards from election organizations across the country. In 2020, at the height of the COVID-19 crisis and amidst violent protests, Maricopa County saw record voter turnout, as well as record numbers of new voters registered for both parties. Adrian later testified before Congress to inform them of threats facing election officials. Adrian Fontes will stand up to the lies. He is committed to preserving integrity in our elections, increasing transparency in the Secretary of State’s office, making voting easier for registered voters, and ensuring that Arizona’s business community has a partner in the Secretary’s office. During these challenging times, Adrian Fontes is a steady, bipartisan candidate with the certifications, experience, and dedication to the Constitution that is needed to do the job as Arizona Secretary of State.